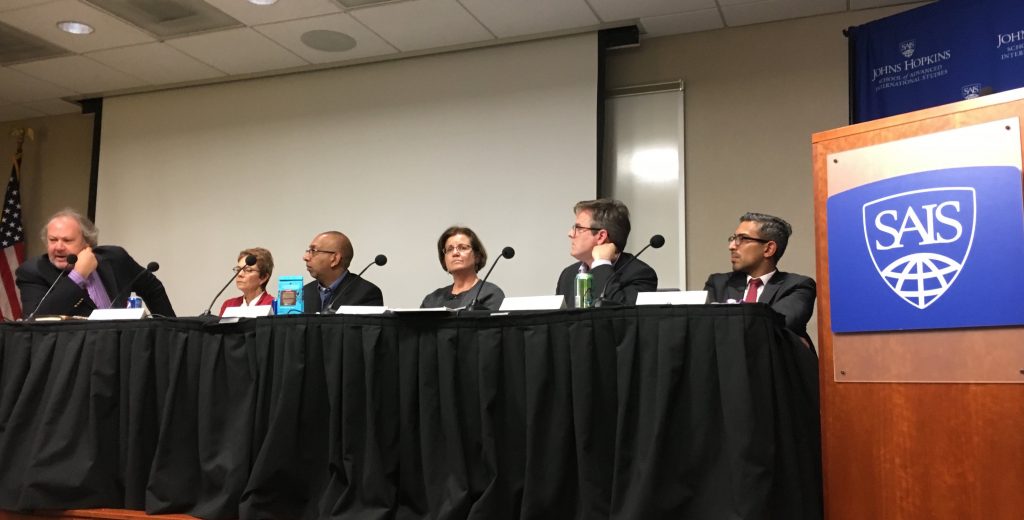 The discussion was held at SAIS in Washington, D.C. and brought together MSI stakeholders, academics, and business and human rights experts to reflect on the role MSIs have played in the field of business and human rights over the past 20 years. The event also introduced the MSI Evaluation Tool, a comprehensive framework for analyzing MSI design developed by MSI Integrity and the International Human Rights Clinic at Harvard Law School.

Following introductions from Nina Gardner from Johns Hopkins SAIS and Ben Collins from MSI Integrity, Arvind Ganesan from Human Rights Watch moderated a panel of five experts: Brian Finnegan from AFL-CIO, Bennett Freeman from the Global Network Initiative and Global Witness, Virginia Haufler from the University of Maryland, Amol Mehra from the International Corporate Accountability Roundtable, and Meg Roggensack from Georgetown Law School. We highly recommend watching the video of the panel discussion (1:26) and have included some of the comments and reflections from the discussion below.

The discussion began with reflections on the emergence of individual MSIs and the MSI field as a whole, including: 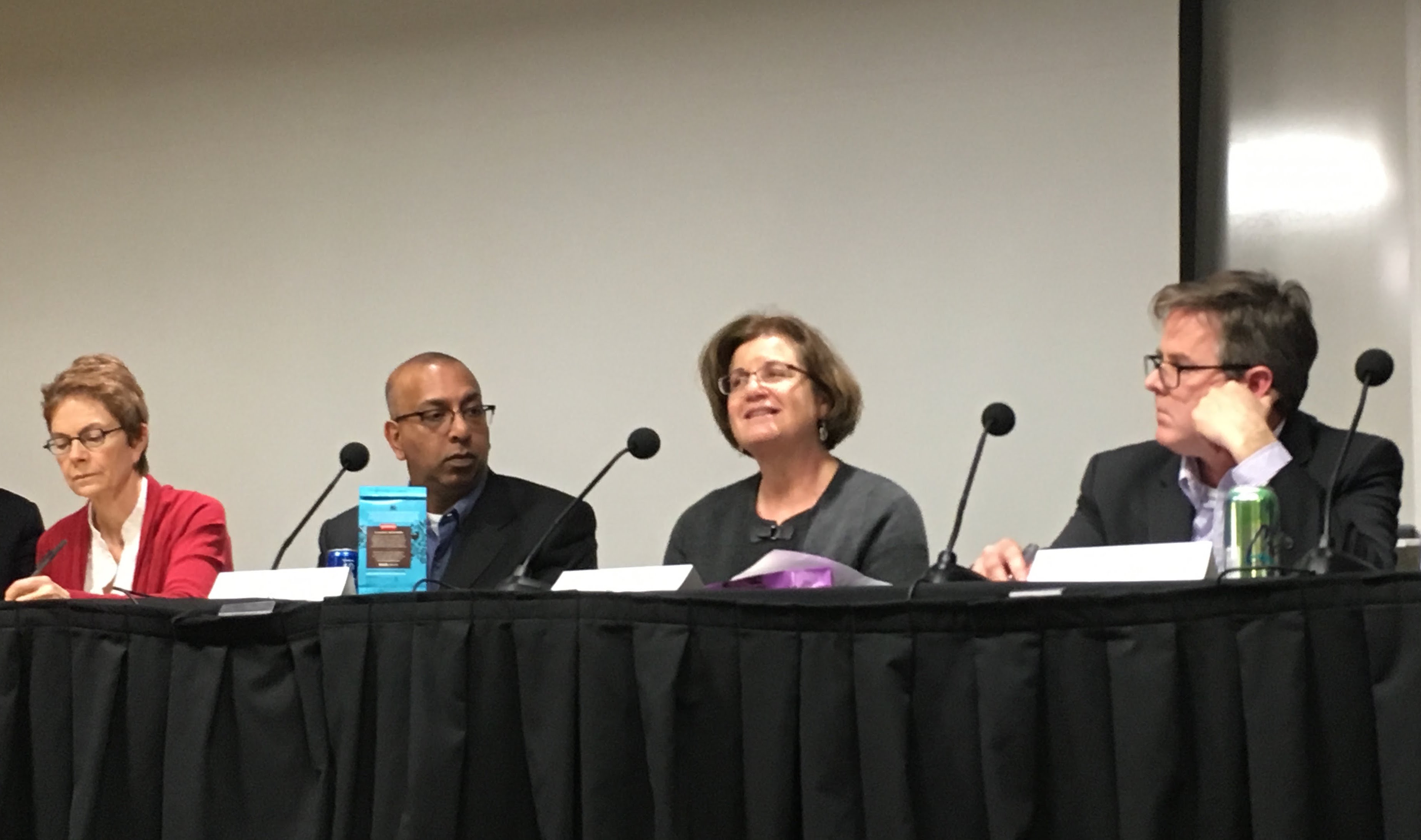 Some panelists shared critical reflections on the design, effectiveness, and governance of MSIs such as:

The discussion also included the following perspectives that MSIs are playing a key role in addressing governance gaps:

Looking ahead, panelists shared perspectives on where the MSI field could go, including:

MSI Integrity is grateful for our panelists, sponsors, and hosts, without whom the event would not have been possible. We look forward to exploring some of the themes addressed by panelists through future discussions, debates, and workshops later in 2018 and in coming years. We also invite feedback and questions on the MSI Evaluation Tool from MSIs, their stakeholders, and others interested in learning more about its potential uses or with feedback on how it could be further improved. To submit comments or reflections on this panel discussion or the MSI Evaluation Tool, please contact us at info@msi-integrity.org.

Sign up to receive MSI Integrity’s upcoming report, which presents nearly a decade of our research on International Multi-Stakeholder Initiatives.