Aleena Pasha: Developing a Community of Practice with MSI Integrity

What are the underlying systems or incentives that drive corporate-related human rights abuse? How could we start to transform the systems or tackle those root causes? What might a progressive vision for the future of corporate accountability look like? How does—or doesn’t—the current human rights framework fit into such diagnosis and visioning?

In the midst of a tumultuous summer, I was fortunate enough to become a summer fellow at MSI Integrity and be a part of the efforts in organizing and creating a community of practice to answer some of these significant questions. After completing my first year at Benjamin N. Cardozo School of Law, I was accepted as a fellow with the COVID-19 Systems Summer Institute: a collaboration between People’s Parity Project, the Systemic Justice Project of Harvard Law School, and the Justice Catalyst. The Institute placed law students from around the world in legal fellowships as we worked to respond to injustices exposed by social and political crises.

The community of practice I helped organize initially sought a shared vision of how we can address or eradicate the structural or root causes of corporate-related human rights abuse. The intention was to look beyond short-term or reactive solutions, and instead to identify and challenge the structures, systems, and underlying incentives that enable corporate abuse or impunity.

From this idea sprung a group of approximately 35 individuals who were interested and committed to collectively exchanging ideas. These individuals came from across geographies and movements having reflected on what they each believed to be the root causes of human rights abuse. From the initial meeting came a number of ideas: profit maximization, shareholder capitalism, corporate capture/impunity, racism, classism, power imbalances, conditioning from historical narratives, the patriarchal ethos of the system, white supremacy, and lack of funding for movement work (to name a few).

The meeting also prompted the desire from the corporate accountability and business and human rights (BHR) participants to learn more from those coming from other movements, and vice versa. As part of our second meeting, participants from non-BHR/corporate accountability movements and groups—i.e. New Economy Coalition, feminist economics, ESCR-Net, and economic justice—began by sharing with the group the work of their movements and the ways that they have been tackling these root causes of human rights abuses.

What emerged from the summer sessions was a significant frustration from participants who felt that these issues were not being addressed to the proper extent in their spheres of work, if at all. What also emerged was an invigoration and desire to take action as they came away with a greater awareness of movement/resistance work that is being done. Many realized that there are movements that they can not only learn from, but also facilitate and collaborate with from their own areas of expertise. With the momentum of the initial meetings, the community has now turned to the next iteration of work that will consist of several thematic working groups focusing on various areas of interest. These might include reimagining the corporate form, challenging shareholder primacy, addressing structural inequality, and tackling financialization. In this capacity, they will develop action plans for their groups, engage in cross-movement building, and consider how to challenge or change public narratives as well as to push change within the BHR/corporate accountability communities.

Changing perceptions, deconstructing historical narratives, and reimaging institutional forms are daunting tasks. At times they seem impossible. Before my summer at MSI Integrity, I was quite pessimistic about the efficacy of initiatives to mitigate human rights abuse. My simultaneous frustration and anger about the state of the world were amplified both in the face of the COVID-19 pandemic that exacerbated so many of these structural issues and in the face of the protests against police brutality and racial injustice that ensued following the murder of George Floyd. It was hard for me to see anything past the need to tear these oppressive institutions down. What the community’s conversation and collaboration did for me was provide a complementing framework of what this transformative work looks like. Abolishing oppressive institutions, such as the corporation, is not only about tearing things down; it is about building things up. The community of practice is working to create new visions of what a different world looks like and to support those movements that are already building their progressive visions. I came across a similar notion in a piece written this summer by writer and human rights lawyer Derecka Purnell in which she frames abolition as “an invitation to create and support lots of different answers to the problem of harm in society, and, most exciting, as an opportunity to reduce and eliminate harm in the first place.”

As I continue my law school journey, I find that the notions of structural inequality that were discussed among the community are at the forefront of my mind. I have used them to inform my thinking in all walks of the law and in all walks of life. Upon the completion of my legal education, I plan to continue contributing to the efforts of those that I have met this summer and others that work every day towards tearing down oppressive institutions and building up their movements and new frameworks for the future. Until these visions are fully realized, I find comfort in a quote that was shared this summer from Arundhati Roy that I have not since been able to get out of my mind: “Another world is not only possible, she is on her way. On a quiet day, I can hear her breathing.” 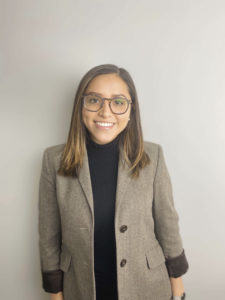 Aleena Pasha was a Summer Fellow coming to us from the COVID-19 Rapid Response Systems Summer Institute. At MSI Integrity, Aleena was the key driver for implementing and coordinating a community of practice around developing more systemic and transformative approaches to corporate accountability. Aleena is currently a 2L at Benjamin N. Cardozo School of Law where she is pursuing a concentration in international and comparative law. She has a degree in Political Science, Global Studies, and Geography from Hofstra University.