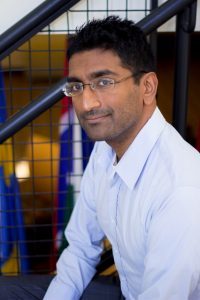 Deval Desai researches the law and politics of expertise, and the rule of law in developing countries. He is an invited member of the UN rosters of experts on the rule of law and on sanctions, and is the inaugural International Visiting Fellow at the Bingham Center for the Rule of Law. His current research projects critically examine creativity as a mode of regulation and policymaking, focusing on multi-stakeholder initiatives and on rule of law reform. As a lawyer, he has worked on corporate accountability, including as an attorney on the case of Kiobel before the US Supreme Court. Since 2009, Deval has also worked for the World Bank as a rule of law reform and governance expert in Nigeria, Cameroon, Sierra Leone and Uganda. He established the Bank’s global program on conflict and justice and has supported multi-stakeholder groups in sub-Saharan Africa. He has also advised the UN High-Level Panel on the post-2015 Agenda on rule of law issues. He has published widely on these issues, including by Oxford University Press and Harvard University Press, and has taught on them at Harvard, SOAS and the University of Manchester. Deval is currently a post-doctoral research fellow at the Albert Hirschman Centre on Democracy. He has an MA from Oxford, an LL.M. from Harvard and is a member of the Bar of England and Wales.