Austin Hwang: Reflections on My Time at MSI Integrity

I joined MSI Integrity at a crossroads in the organization’s history. As I was starting my internship in June this year, it was wrapping up a massive study which ultimately concluded that multi-stakeholder initiatives (the “MSI” in MSI Integrity) were ineffective at keeping corporations accountable to rights holders and communities affected by their decisions. The study revealed that corporate capture of these MSIs created an unresolvable conflict of interest, and as a result, MSI Integrity chose to pursue other methods of achieving corporate accountability rather than try to spin its wheels repairing a broken system.

Consequently, I joined an organization which was in the process of pivoting from one project to another. It was immediately apparent, however, that the organization’s focus on restraining corporate power was unchanged. My role in this mission was to perform research on multiple forms of “equitable entities,” which can be defined as alternative corporate forms that are answerable to stakeholders other than executives and their investors. In this blog post, I will summarize my findings, as well as offer other reflections on this process.

My first day of conducting research, I experienced what can be aptly described as a rollercoaster of emotions. First, I felt wild excitement when learning about more equitable types of companies. Corporate forms that placed increased emphasis on issues such as the environment or the well-being of laborers signified that companies and consumers alike had an appetite for a more ethical method of doing business. Digging a little deeper, I began to feel doubt that such a desire would lead to substantive change in society. I stumbled upon countless opinion pieces and law and business review articles describing the myriad institutional barriers, such as competitive disadvantage and corporate capture, to establishing an equitable entity. Taking this into consideration, I decided to rate the equitable entities I researched by two metrics: potential for social change, and likelihood of mass adoption.

Regarding the first category, I analyzed law review articles and created a subjective ranking on how external stakeholders and labor groups would benefit from mass adoption. In the top category, I found the most effective entities to be worker cooperatives and Employee Stock Ownership Plans (ESOPs), which effectively transfer ownership to laborers and employees. Professors at the Wharton School of the University of Pennsylvania have conducted studies finding that employee-owned businesses actually perform better than non-employee owned businesses due to increased employee participation and worker influence. In the middle, I found that the German codetermination model, which placed labor representatives on the boards of companies and in managerial positions, had similar benefits to ESOPs and worker cooperatives. Last, benefit corporations and B-Corps were the least effective at creating social change, due to the relatively small commitment to change in corporate structure. This ranking category has an inverse relationship with the second category, likelihood of mass adoption. The reasoning is simple: the most radical ideas would be met with the most radical resistance. For this reason, a political compromise may carry the day. That compromise would be codetermination, which is picking up steam as an augmentation to corporate capitalism, rather than a complete reformation.

Chief among the institutional barriers I discussed above is America’s confrontational history between labor and corporations. Many authors point to the difference between America and Germany’s labor relations system as a structural roadblock to American codetermination. One of these differences is that American collective bargaining takes place at the company level, whereas European collective bargaining is strongest at a national union level. Additional roadblocks include vehement managerial opposition and negative union attitudes towards worker participation in company management. However, current American politicians have extracted ideas from codetermination and have introduced legislation seeking to integrate the labor force into corporate boards. This legislation, introduced by Senator Elizabeth Warren, would require that employees elect 40% of a board of directors of any corporation with more than $1 billion in revenue. This idea has been embraced by many American academics, including political economist Dr. Susan R. Holmberg, who wrote that the passage of this legislation would not fix American capitalism’s problems overnight, but would help restore worker’s faith in corporations. It remains to be seen whether America will embrace such legislation, but the introduction of such legislation can be seen as a starting point from a business and human rights point of view.

During the course of this internship, I learned a lot about corporate accountability, I was able to focus on topics that truly interested me, and most importantly, I met some incredibly passionate people. My coworkers were not driven by factors such as shareholder primacy or profit maximization, but by seeking equitable change. 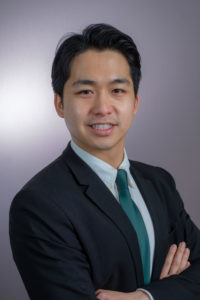 Austin Hwang was a 2020 Summer Fellow at MSI Integrity helping conduct research on alternative corporate governance and ownership models. Austin is currently a 2L at Harvard Law School, where he is interested in studying corporate law and the history of American Capitalism.

PrevPrevious
NextNext
Get the Latest